The trouble with decision making (DM) as a topic is its complex character which is doesn’t lend itself well to unpack it in a linear mode. So I won’t, and even won’t follow the (seemingly linear) steps laid down as a baseline in one of the first blogs but coming back to them later. For as soon as we want to dive further into our process, we have to determine first which domain we are finding ourselves in. An ordered domain or a complex one?

To begin with, most people seem to conflate #risk with #uncertainty. Risk is mapped to the ordered/complicated domain and can be calculated. Whether that is the probability of winning or losing at the casino, or the risks of flying an airplane under normal conditions. With uncertainty, all bets are off. The outcome cannot be known or calculated. Both conditions require very different approaches to decision making. The best decision under risk is not the best decision under uncertainty.

Interesting added dimension: DM researcher @Gerd Gigerenzer states that with high uncertainty, meaning: unstable conditions, only a few data available but many variables, experienced experts do better relying on their (trained!) #intuition or simple #heuristics rather than trusting complicated algorithms and calculation models as DM support. Novices should instead train their intuition first before relying on it. And for anything that can be calculated (risk), algorithms can help. Most DM researchers argue for a good mix of the use of intuition and formal decision making support.

Both domains, risk and uncertainty harbour more layers of difficulties for decision making. Gigerenzer states that most people don’t have a natural understanding of probabilities expressed in percentages. His research shows for example, that a shockingly high number of medical doctors don’t understand their own statistical data in test results or risks. As a most infamous example he mentions a UK press conference about pharmaceutical drug safety where an announcement scared tens of thousands of women into ceasing to take the new generation anti baby pill: They stated a thrombosis risk of 100% (!) against the first generation pills. But 100% of what? The real (relative) data that wasn’t released at first stated that of every 7000 women, the first-generation pill showed 1 case of thrombosis, the 3rd generation showed 2 women out of 7000 with thrombosis. From 1 to 2 an increase of 100%; correct and misleading.

Another trap is lurking for intuitive decision makers. Usually they can’t explain their intuitions and hunches, as tacit knowledge can’t really be explained. In some areas where mistakes tend to be punished (hospitals) rather than being used to learn (aviation), most often this leads to defensive decision making. Experts tend to go against their better judgement (intuition) and choose or recommend inferior solutions that won’t get them either fired or sued. According to Gigerenzer, far over 90% of medical doctors in the USA prescribe medicines for protective reasons not for clinical reasons. Protection against the patient. With detrimental consequences for the whole industry and the people in it (#fagilistas).

Photo by Carl Raw on Unsplash 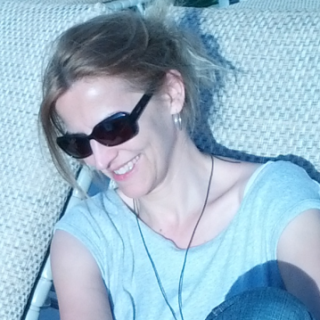